I recognized those looks. The judgmental looks I was getting from a couple who clearly thought I was a crazy person. Although I didn’t appreciate the looks they were giving me, I could understand why they were looking at me like I had lost my mind. They were watching a grown woman climb up into the play area at a Chick-fil-A while they were eating their dinner. I am sure that what they saw wasn’t the norm, but for me, the crazy lady… this is my normal. 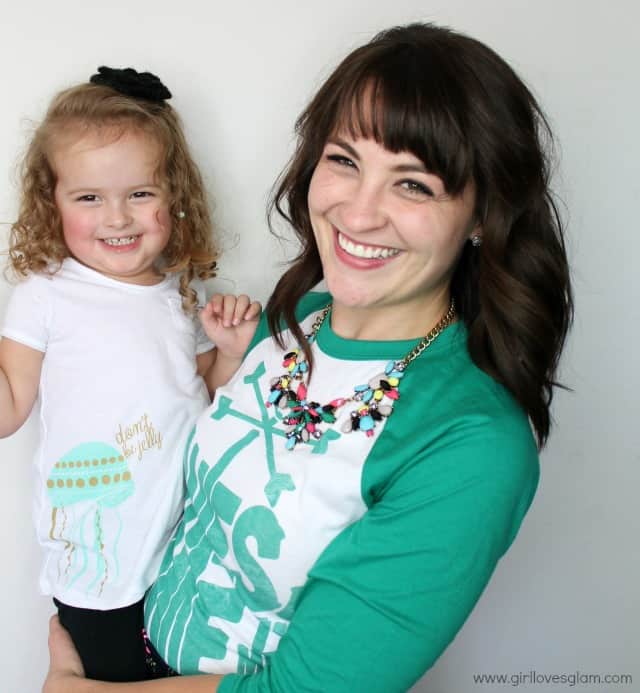 Well, you see, she may look like your average almost three year old. She is tall, still has a little baby fat, has adorably curly hair, and a big smile on her face. Those are things that make her who she is, but there is something else about her that makes me the overprotective momma bear that I am (and quite honestly, this post has been really hard for me to write because I just haven’t wanted to put it out there because it makes it even more real and I just get so sad every time I think about it).

My little girl has seizures.

I honestly can’t think of any time in my life that I have felt more helpless than when she has a seizure. The sounds, movements, and looks on her face are enough to completely scar me to the core. After she has a seizure, it is all I can think about for days. When they are happening, there is absolutely nothing I can do for her to make her better and it makes me feel so sick. Now, I know that it isn’t like I am finding out that my daughter has some terminal illness that some parents actually do have to deal with their children having. I know that there are worse situations that we could be in. That isn’t why I am writing this. I am not looking for sympathy. This is my plea to all of you. 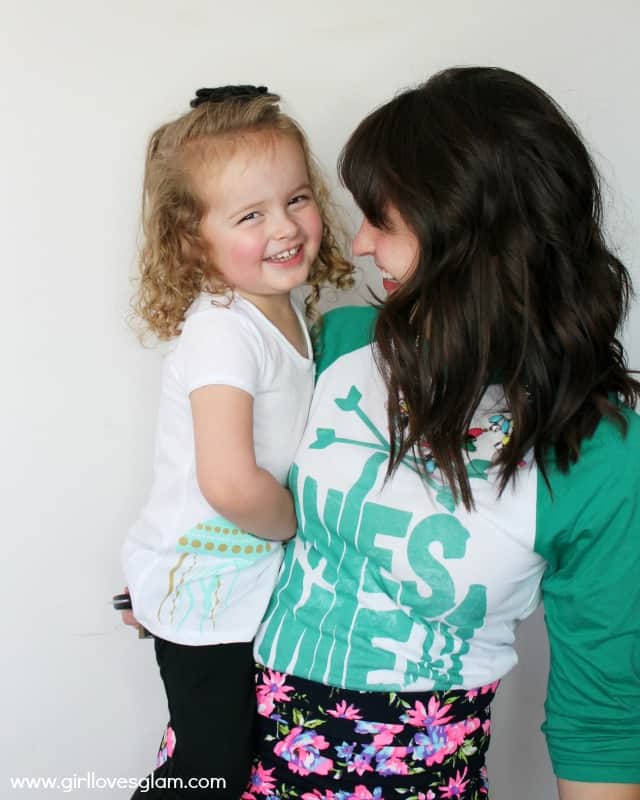 My plea is this… Please stop judging other parents for how they may be with their kids. If it doesn’t look like a child is in any sort of harm because of the parent, don’t judge the parent on how they react to different situations. You just really don’t ever know what the entire story is. As outsiders, the couple at Chick-fil-A saw a crazy mom leaving the side of her friend to climb up into the giant toy to find her daughter while they giggled to themselves because of the scene. That wasn’t the whole story. I don’t ever let my daughter play on playgrounds alone because her seizures are caused by head trauma and if she bumps her head to hard, she could have a seizure right there on the toy and put herself into danger because of her lack of control during a seizure. When we went to Chick-fil-A, I had met a friend there that I only get to see about once a year. We ate dinner together and wanted to keep visiting, so I offered to have us go in the play area and sit there while we let my daughter play on the toy. There weren’t any other kids in there and there aren’t any drop offs or anything, so I let her climb up and play by herself in the tubes. She played really well and we watched her go down the slide for a while and she climbed back up into the tubes where we couldn’t see her, but could hear her singing and playing. All of a sudden, two boys who were clearly older than the sign said should be allowed in the area came bursting through the doors and started tearing through the toys. They were going really fast and were being so loud that I could no longer hear my little girl who was playing nicely in the tubes. They were tearing through the tubes so quickly that I worried that they would have knocked her over while they were trying to get to the slide. I panicked. Was she up there seizing without me knowing? I climbed up the toys to see her sitting quietly in the corner, waiting for the big kids to leave. Thankfully nothing was wrong.

Was she in any serious danger? No, probably not. Did I deserve the looks I got from those parents? Definitely not. This entire experience with these seizures has completely opened my eyes. I have probably been the judgmental girl who has given those looks to parents in the past. You never know. Maybe that child has autism. Maybe that child has seizures. Maybe that child has developmental delays of some sort. Not all issues that parents deal with can be seen by the naked eye. 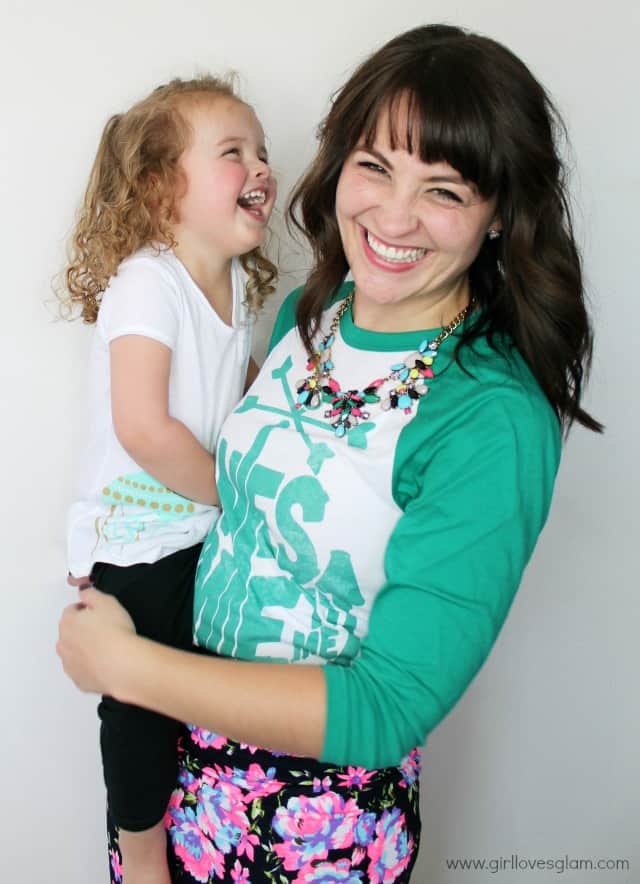 We try to focus on the fun things that we CAN do and we do them often. Her life might not be as full of slides and trampolines as some kids, but it is just as full of joy and laughter as any kid. Nothing can keep us from that. So as I try to face my fears each day by letting her do more and more, I ask you to stop judging other parents. You never know what fears they may be facing.

(Both of our shirts can be found on The Printed Palette)

Hi! I'm an over protective mom too! My 7 yr old had a tumor in her skull/brain at 3 and it worries me to death. she's had 3 surgeries, and I never want her to leave my side! She's okay now, but those 3 years were the scariest of my life!! I too, have seizures and know how bad they scare my family. There is nothing wrong with protecting our children, and being close to them. There's a lot of things I don't let my kiddo do, due to having a million dollar head. Like gymnastics or soccer. (sometimes it's hard to leave her with a sitter to go on a date!) I tend to get a lot of "let your kid be a kid" crap but if they only knew and understood!! You're a good mom, I'm sure!! :) Love your blog!

Never apologize for being a good mom, my 28 yr old has seizures and is schizophrenic,he will never be able to live on his own and his rock wish has been me is dying at the age of 51. GOD put us here to care for the .children, I just wish more parents would care more about there children and start raising them again and not let the t.v. do there job. O.K. said it out loud, but man the children are not being taught any more and they are so beautiful. life is beautiful and I could not imagine not wanting to raise my beautiful children. Thank you for being a good mother. GOD bless

The longer I'm a mom the more I realize we can't judge one another. I'm not the mom I imagined I'd be but I'm trying. And I know we all are and deserve empathy instead of judgement. Thanks for sharing this and you are fabulous!

I know you don't want sympathy, but I am sorry. Not just for the seizures but for the added worry and stress you face as a mom. Thank you for the great reminder that everyone needs our love and understanding regardless of what we see. Kindness is always the answer. Your daughter is beautiful and blessed to have such a great Mom!

Sending you big hugs McKenzie! My daughter has epilepsy and I have been in those situations so many times! I am still overprotective, even though she's 21. I don't think it's something that will ever change. :) I completely understand how you feel - it's just not worth worrying what other people think when our kids safety/health is the priority! You're a great mom!