I am excited to be a part of the Really Awesome Handmade Costume Series with C.R.A.F.T. this year! Did you know that she has another website called Really Awesome Costumes that is full of the coolest costumes you’ve ever seen? She does! If you need to find a great DIY costume for yourself, your kids, your husband, etc. that is the place to look! The costume I am about to share will be featured on there tomorrow!

Well, here is the moment we have all been waiting for. Little girl’s costume for the year…. 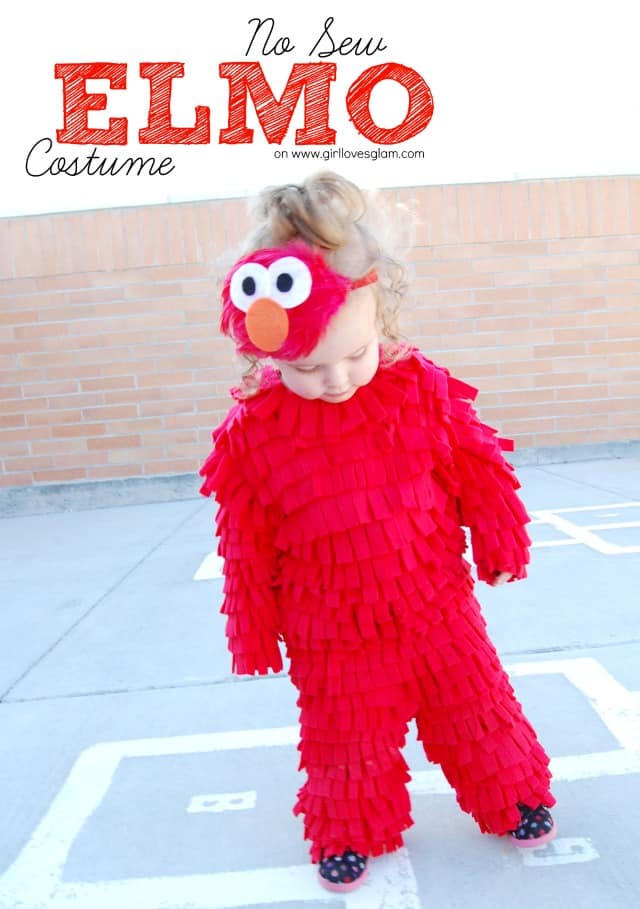 To make your own (not including the headband, that tutorial is under this one), you need… 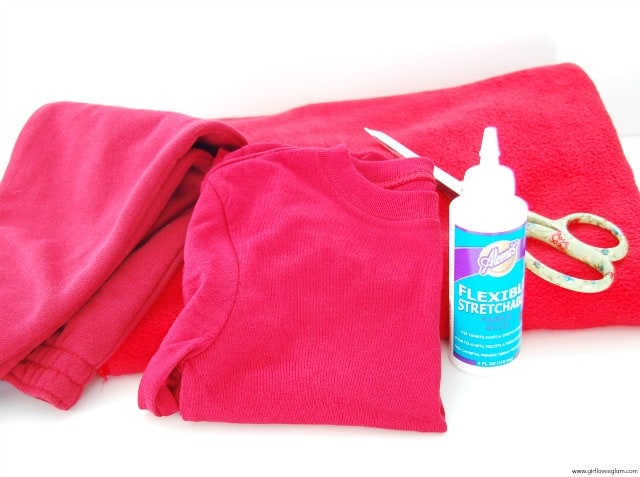 *Red fleece (buy it with your craft store coupon!) 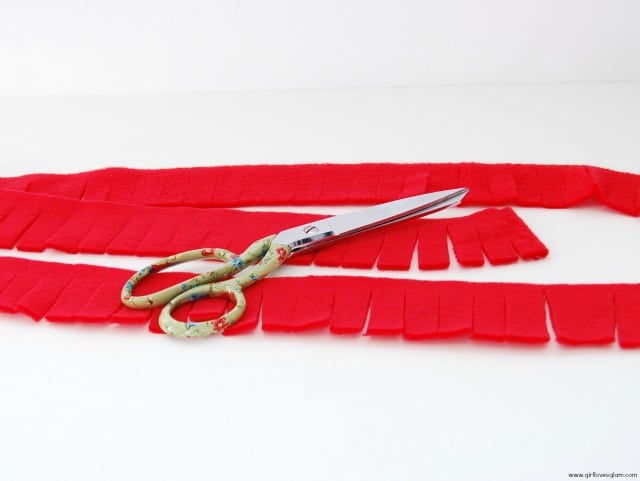 First, the fleece into strips about 2-3 inches wide. Cut those strips into fringes. I folded the strips over a few times so I didn’t have to cut so many fringes. 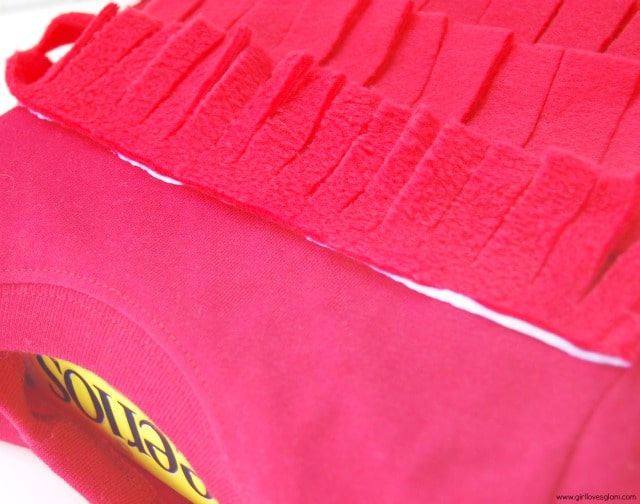 Lay out the shirt and pants and glue the fringe onto it. Overlap the fringe just a little bit as you work your way up. Make sure to cover every part of the clothing with fringe. I put a cereal box in the shirt so that the glue wouldn’t go through the shirt onto the other side. Let the glue dry for 24 hours.

Now, onto the headband. 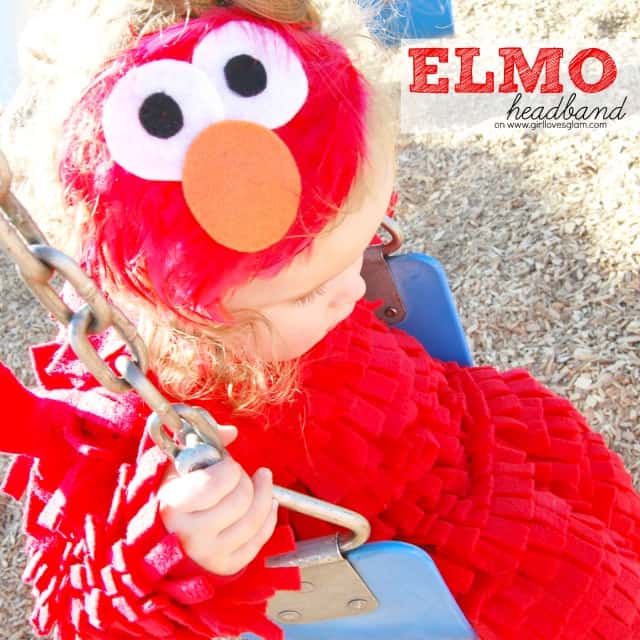 For the Elmo headband you need… 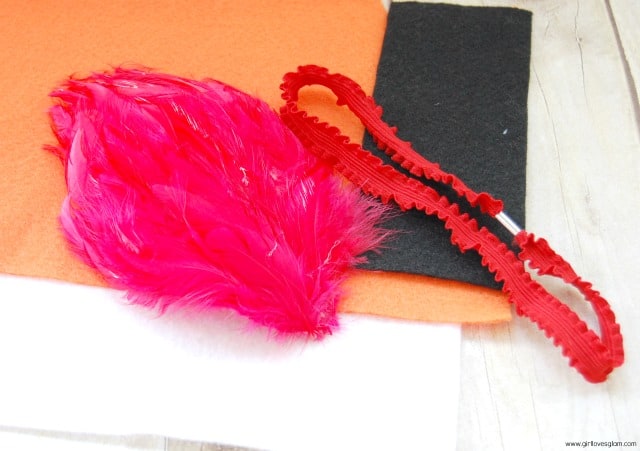 *Red hackle pad (you can usually find these at craft stores) 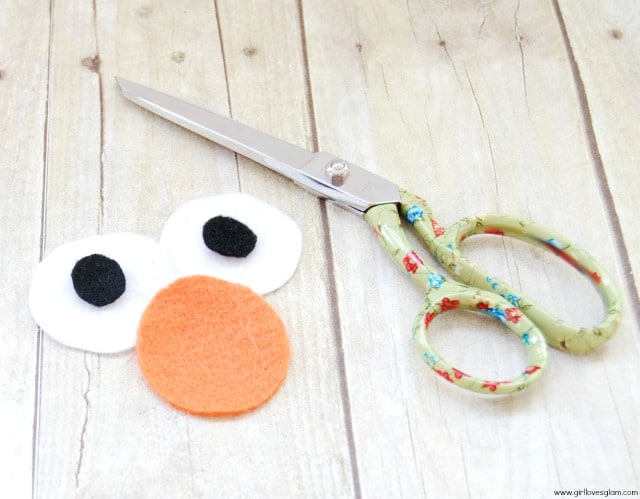 Find round objects in your house that you can trace to make the perfect sizes for the eyes and nose. Trace them onto the felt and cut them out. The nose is a little more oval, but you can cut the circle and just cut a little bit off the sides to make it more of an oval shape. 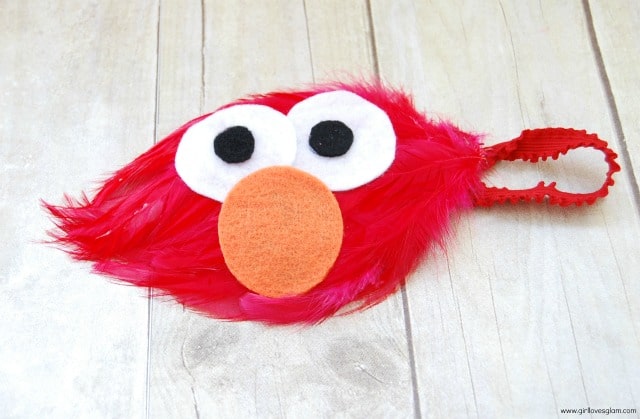 Once you finish that, you are done! Your little munchkin can now dress up as that lovable red, furry monster! 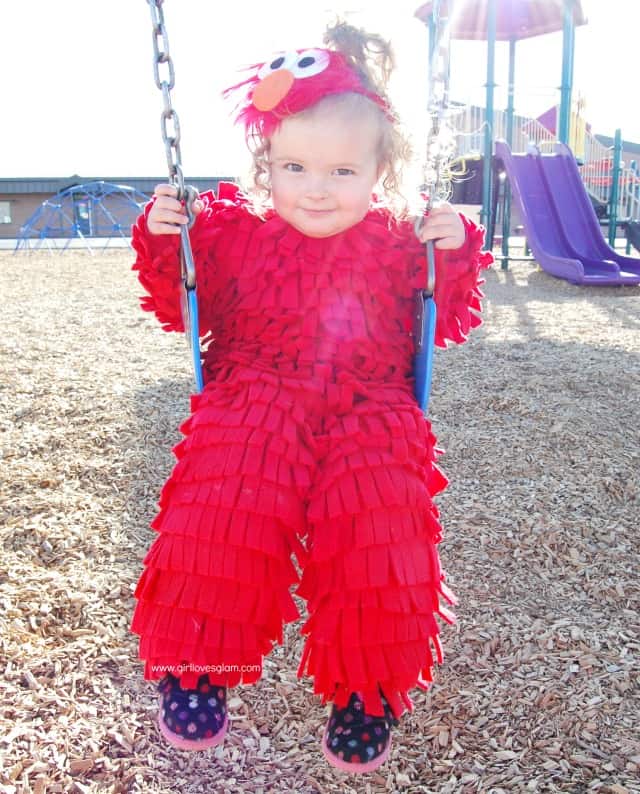 We dressed as Sesame Street characters as a family with our little Elmo! 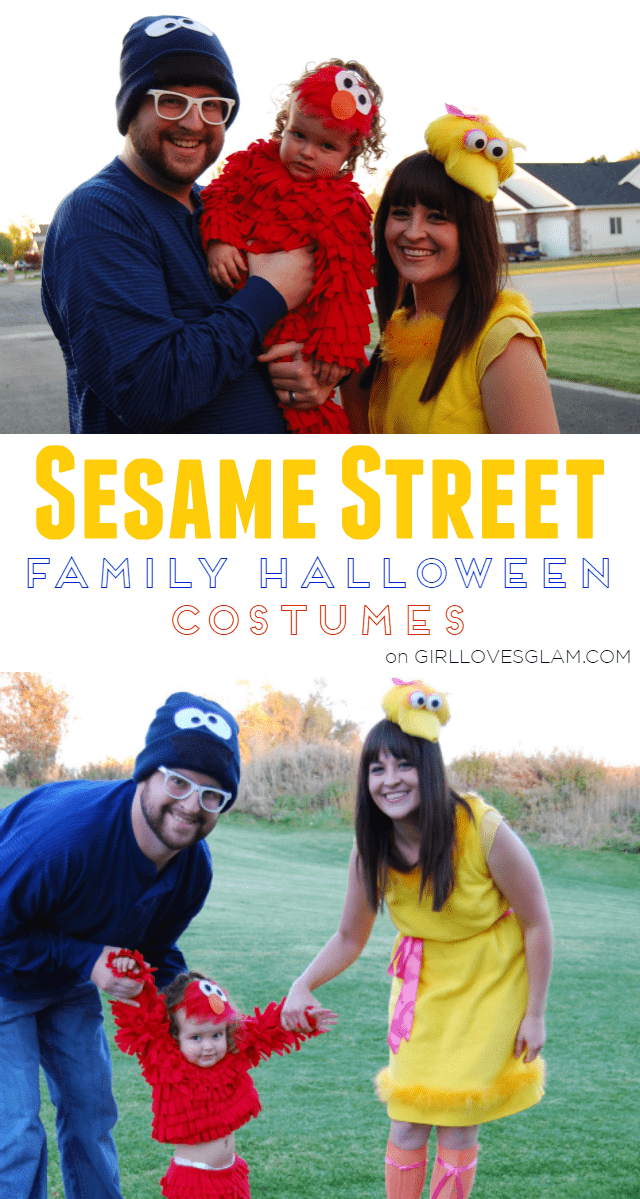 For Cookie Monster, we just purchased a blue shirt and blue beanie. I cut out felt eyes and a glued them to the hat. For my Big Bird costume, we actually borrowed it from an incredibly talented neighbor! The costume would be insanely simple to recreate though. The dress was made of yellow fleece and was literally just a straight seam up the side and yellow boas glued to the collar and along the bottom. The socks were dyed orange because she couldn’t find any orange knee socks when she made the costume. To make the headband, she stuffed a circular piece of fleece for the head. She took a cereal box, cut it apart, and rolled it into the shape of a beak and then glued yellow fabric over it. She glued it onto the head. The eyeballs were tennis balls with black felt glued to them. She glued it all onto a headband and added some feathers to the top of it for detail. It was so sweet of her to let me borrow it!

If you happened to miss out on her handmade Hedwig the owl costume from last year, check it out too! I used a lot of the same concepts on both costumes! Super easy! 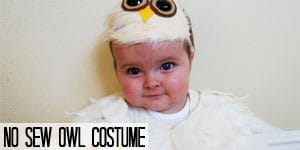 I made the big bird headband and cookie monster hat. Everyone loved it! Thank you so much!!

Hey i did a cookie monster version for my son, it turned out great and everyone loved. Thanks you so much!

I love hearing that! I bet that it was darling!

[…] I see this and I want to bust out a Sesame song!  Your child will look like they belong on Sesame Street with this no sew Elmo Costume. […]