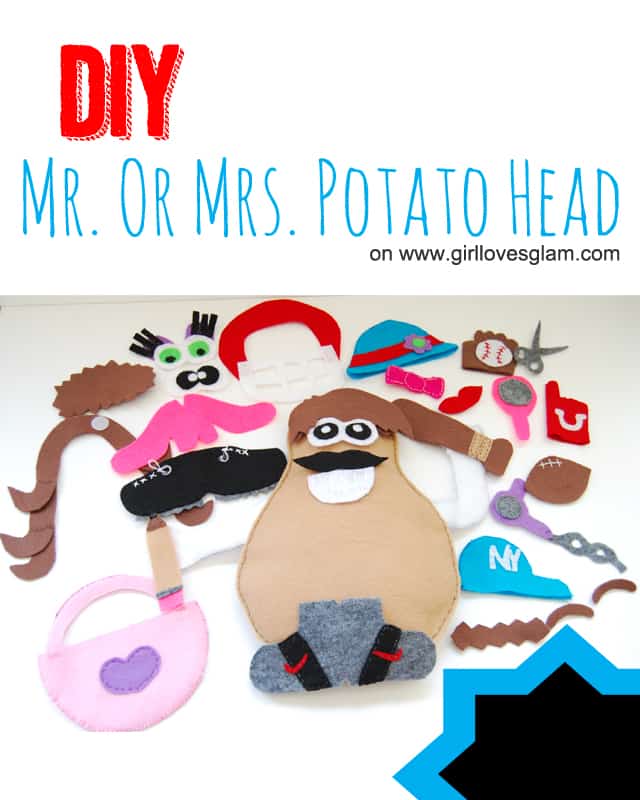 I think I have officially come a felt toy addict. There are so many fun toys you can make for kids with felt. One that I started on years ago before I had kids, was a soft Mr. or Mrs. Potato head! Now that my daughter is old enough to play with it, I decided it was time to finish my project. This soft Mr. Potato head is perfect for church, car rides, and anytime you need a good boredom buster. It is so easy to make one too! Here’s what you need… 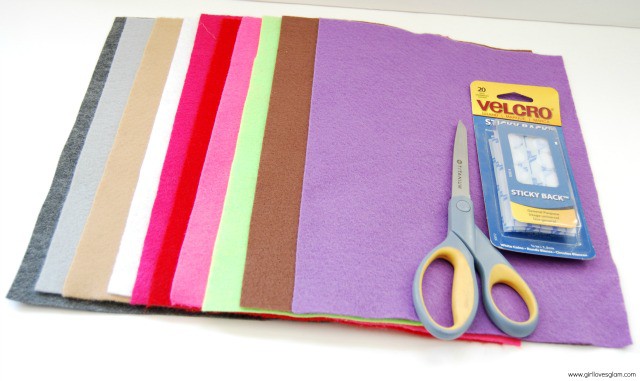 *Felt (at least two pieces of light brown for the potato and additional pieces for the accessories and body parts.) 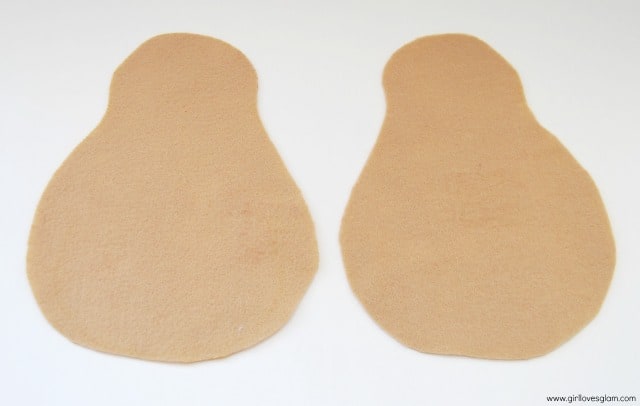 First, cut out the potato front and back out of the light brown. I drew a potato on the felt using the Sharpie marker and cut out both felt pieces out at the same time so they would be the same size.

Now it is time for the body parts and accessories! 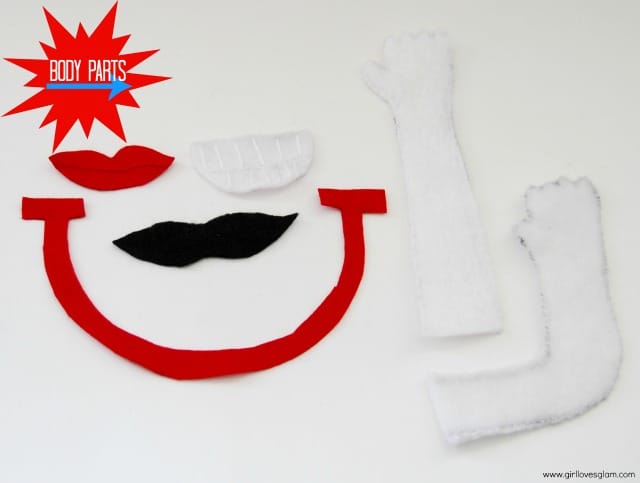 Now, you need to cut out two arms out of the felt. I cut a front and a back for both of the arms too. I stitched them together too. Cut out mouths and even mustaches too out of the different colored felt. Stitch details using the embroidery thread.

For the eyes, cut out eyebrows, different eye shapes, and even glasses. Stitch the eyes together using the embroidery thread. Most of them, I just eyeballed (haha, get it?!) when I cut them, but you can trace something and cut it out too. 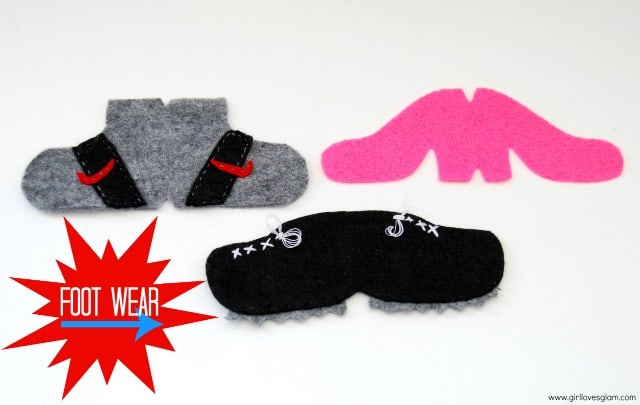 For the shoes, I folded the felt in half and cut them out together so that the shoes stayed together instead of being separate. I made some Nike shoes, high heels, and cleats. I used embroidery thread to stitch the details on. 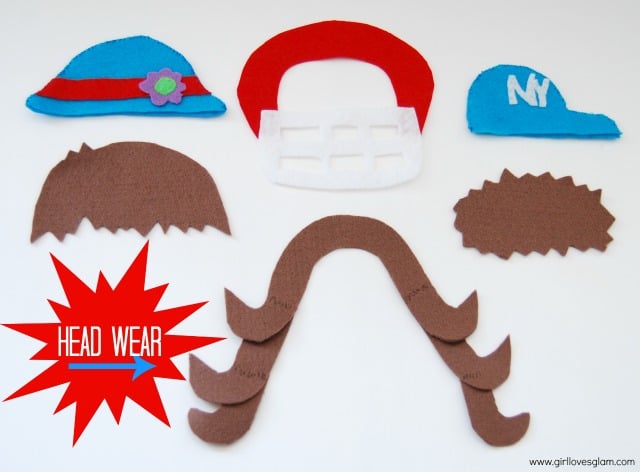 For the head wear, I just kind of eyeballed it as I cut them out. For the long hair, football, helmet, and hats, I stitched them together using the embroidery thread. I made the hats double sided so that they would actually slip onto the head instead of just sticking on. 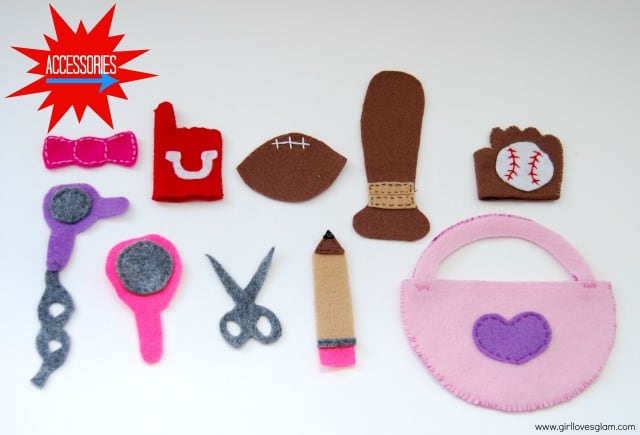 I had WAY too much fun with the accessories! The great part about these potato head toys, is you can totally customize them to your family and your kids interests. My husband is a big Utah football fan, so I made a #1 U foam finger that you can slip onto the arm, a football, the cleats, and a football helmet. My family loves baseball too so I made a bat and a mitt that you can slip onto the hand. I am a cosmetologist, so I made a blow dryer, a mirror, and some scissors. The scissors work for my husband being a teacher too. They can go with the pencil. I made a little bow to go in the hair and a purse to put treasures in. Once you start making accessories, it becomes addictive! You just keep thinking of more things you can make! 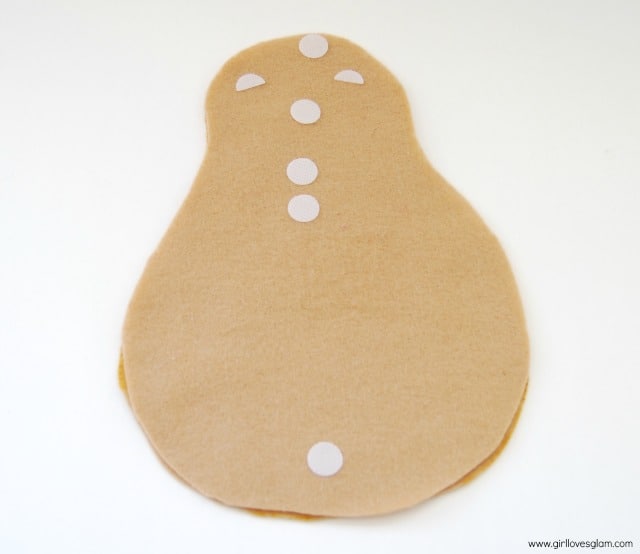 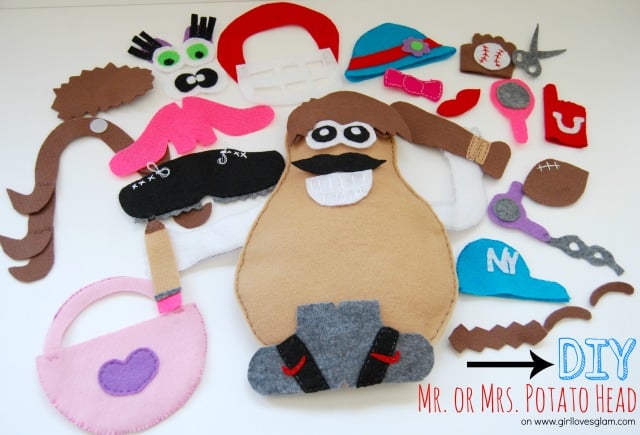 Now you are done! You might want to play with it more than your kids will!