As soon as he kissed me, the thought ran through my head that this would be the last first kiss I would ever get on a date. And that was okay with me. It felt right. It was then and there that I could see our future together. I knew it. Throughout the night, we talked about our life, our dreams, and took a few breaks for kisses and naps. It was perfection.

When 7 am rolled around, I took him back to his apartment. We were both in serious need of some sleep, but we agreed that we needed to do something that night too. I dropped him off and thought about everything we had talked about the night before. He told me he had gone to BYU-I right out of high school, then transferred to Utah State and had lived there for 2 years, but didn’t get a lot accomplished academically so he had just transferred back to BYU-I. He wasn’t sure what he wanted to do after graduation yet so he was testing the waters in a few majors. He had tried to teach me how to rap and even took on a few freestyle rap challenges I gave him.

Sadly, instead of having the day to rest and dream about my night, I needed to go to work. I got ready and walked in the back door of the book store I worked at. My boss saw me. All she said was, “You met him, didn’t you?”. All I could do is smile. She told me she didn’t need me at work and to go home and sleep. Ahhhh… I COULD go home and rest while dreaming about my night after all! I took her up on the offer and promptly climbed into bed and enjoyed one of the best naps I’ve ever experienced.

I woke up to a text message asking me if I wanted to hang out again that night. Of course I did! I invited him to come to my house (aka my parents’ house) so I could cut his hair like he had been bugging me to do and play a new Wii video game we had gotten. I told him to bring his roommate and I would invite a friend too. He mixed and mingled with my family. Everything went perfectly. There were Wii competitions, haircuts, laughs, and plenty of flirts involved. For me, inviting someone to my house wasn’t a big deal when they were meeting my family. It was natural for me to have my family involved. For him, it was a huge honor. He had never met a girlfriend’s family before and it meant a lot to him that I would let him meet my family so early on. 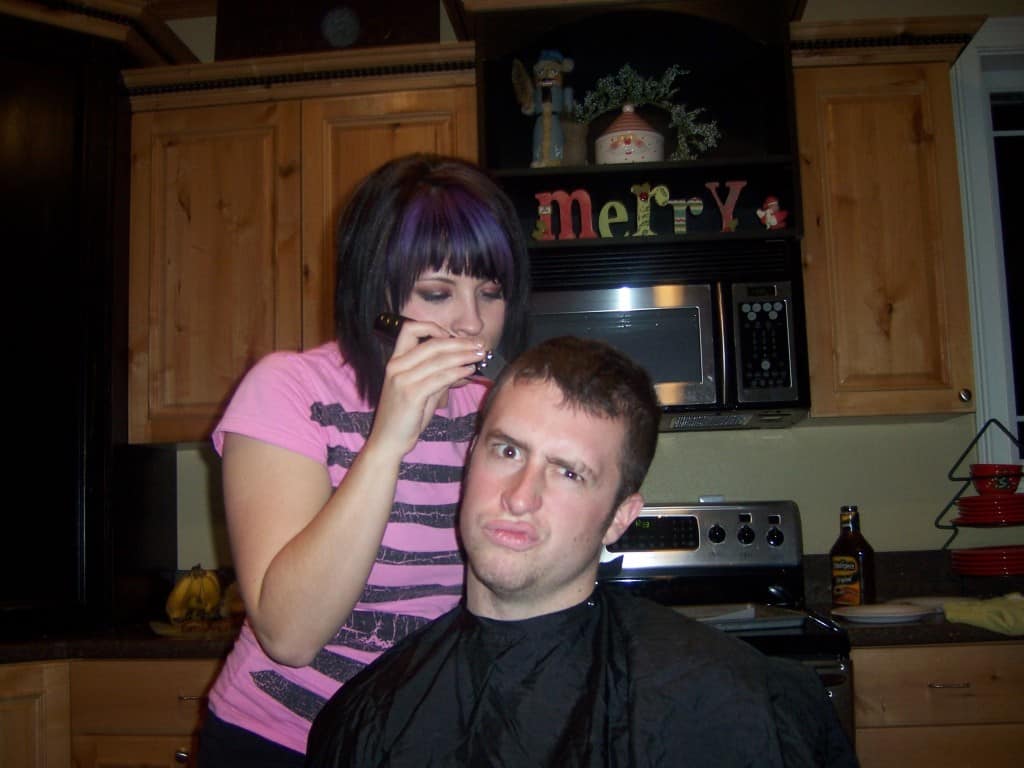 The next day was the trip to Logan he wanted me to take with him. Unfortunately, I couldn’t go because I was babysitting for a family friend. The youngest child was 3 and the rest of the kids would be in school all day so it would be a pretty easy gig for a few days while their parents were out of town. My friend Jaelyn went along to Logan with Dave and his friends and all I could think about was how badly I wanted to be there with them. I decided to go to bed early so I could put my thoughts to rest.

That is when my phone rang. It was 2 am. I answered it with a tired hello. His deep voice was on the other end.

This is such a great love story! I'm on the edge of my seat!!!

i adore that picture!!!