I love when I can use a simple idea to look like a cool mom! This was definitely the case when I created an epic glow in the dark bath for my kids. This glow stick bath is one of the most simple things I have ever done for them, but it made a huge impact. They got to bathe in the dark and listened to music. It felt like a party! 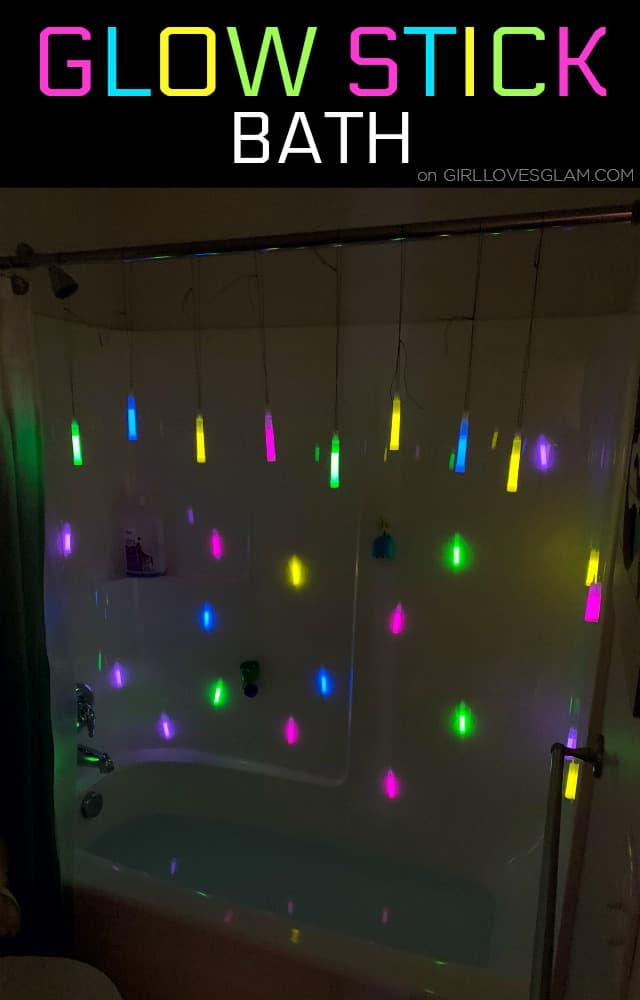 To create your own glow stick bath, you need…

Glow sticks– I like using the fatter ones, rather than the long sticks 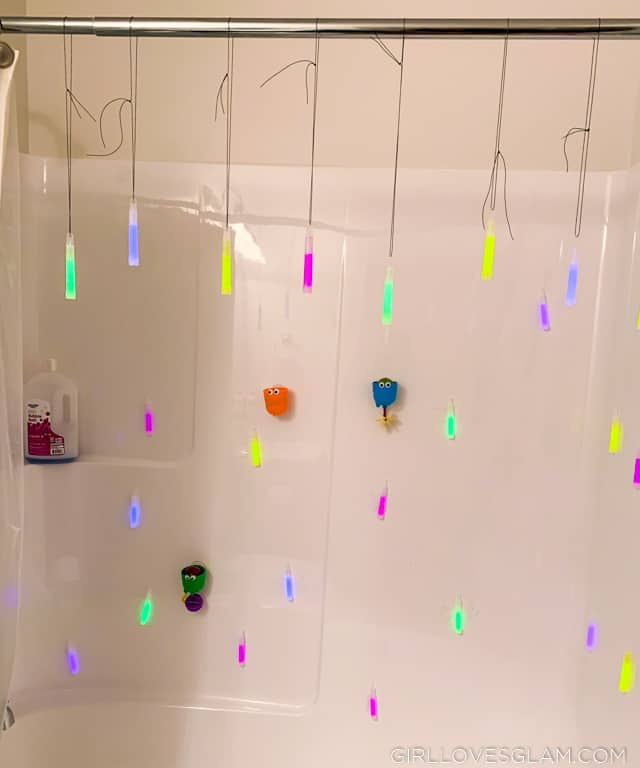 Glow in the Dark Bath

To create this glow in the dark bath experience, I had my kids play outside while I got everything set up. I wanted it to be a surprise! While they were playing, I cracked all of the glow sticks to get them glowing, then I taped them to the bath walls. 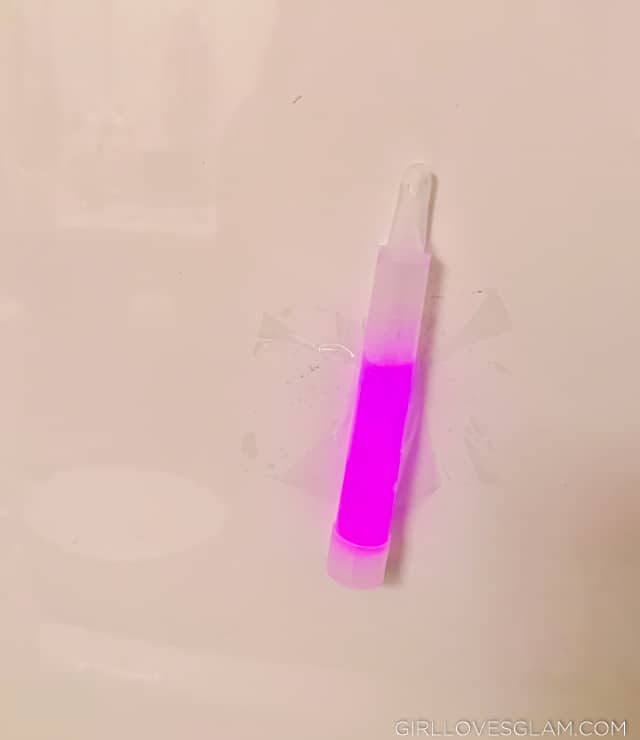 I used string to string up several of the glow sticks onto the shower curtain rod as well. Once I was done setting it all up, I filled up the tub with water. It was all ready to go! I called my kids back inside so they could see the surprise! 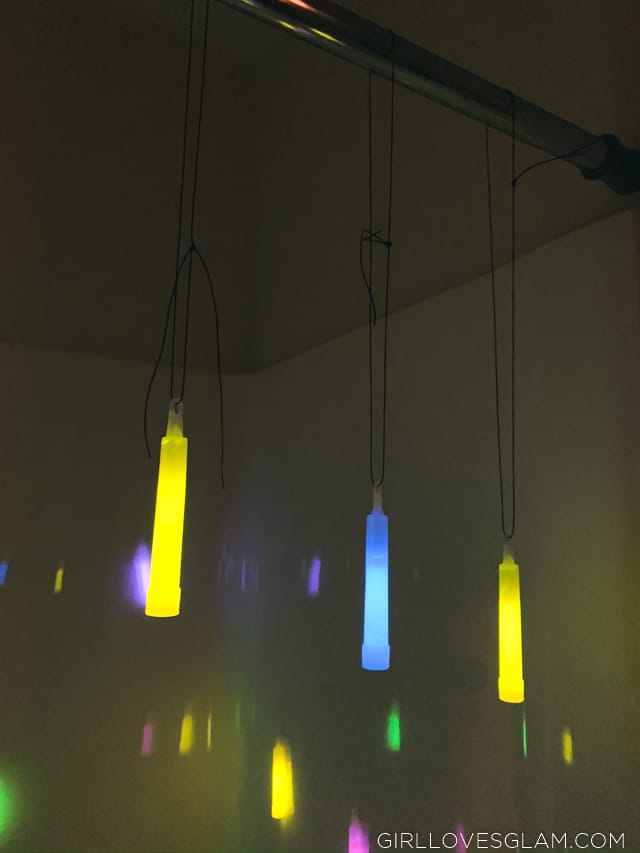 I am not normally a big fan of bath time for my kids. It usually ends in tears and stress but this bath was so much fun. They each got to take their own glow bath and got to choose the music to have play while they were in there. It was a total hit! We will definitely be doing it again. 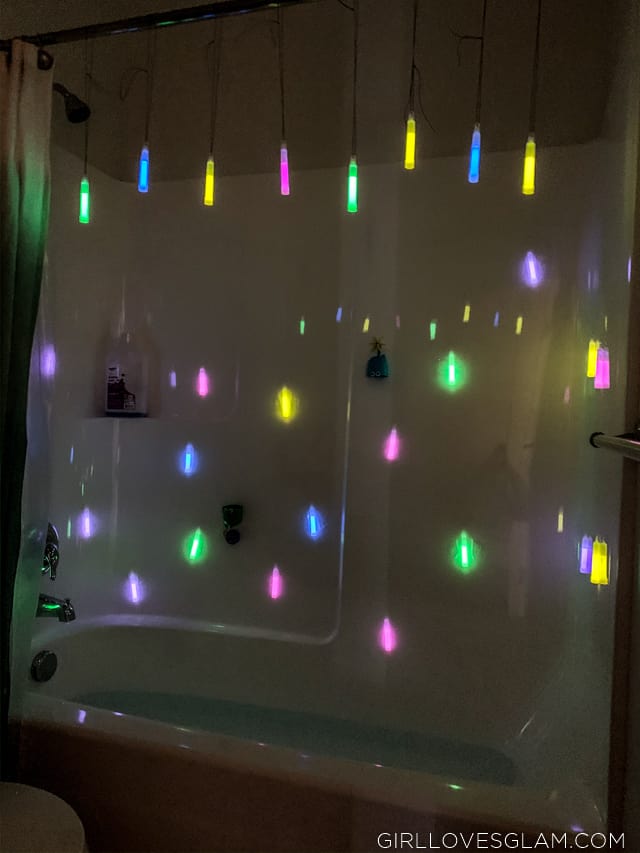 When I shared our glow stick bath online, several people mentioned that they have done something similar by putting glow sticks in the water. I had considered that before, but wanted to keep them out of the water. I didn’t want to take the risk of any of them leaking into the bath water.

After the baths were all done, we took the glow sticks down and put them in their rooms and they got to sleep in rooms full of glow sticks. It was a pretty magical evening! I hope your kids enjoy their very own glow stick bath experience!