About a year ago, one of my “bucket list concerts” came true when I saw Backstreet Boys in Las Vegas. They are touring again and I get to see them tomorrow! That’s why I knew that I absolutely HAD to do the Millennium album as my next Album Cover Makeup. 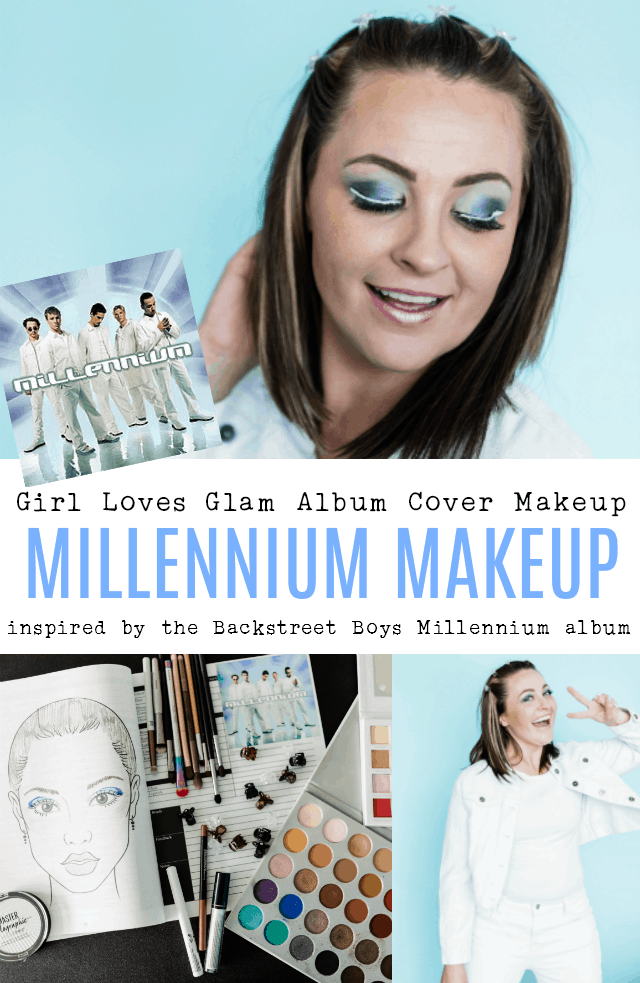 Millennium was the first CD I ever purchased. Technically I purchased two CD’s at the same time… Millennium and Britney Spears Baby One More Time. I feel like I made pretty epic CD choices to kick off my collection! Millennium topped at number 1 on the US Billboard charts and still holds the record for most US shipments in one year. This album has hits like “I Want it That Way”, “Larger Than Life”, and “Show Me the Meaning of Being Lonely”, all of which skyrocketed the Backstreet Boys further into stardom. 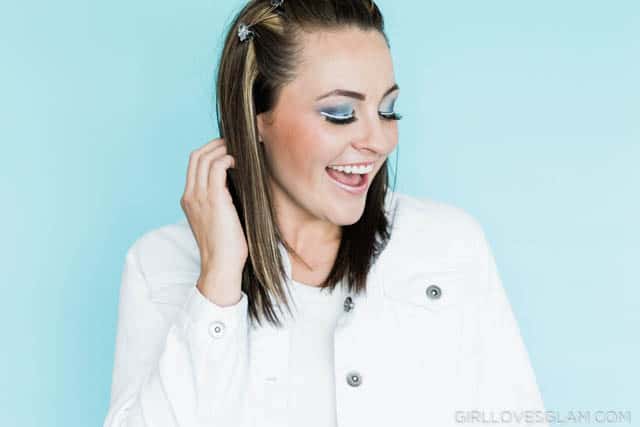 For this album cover look, I needed to bring the shades of blue but that wasn’t going to be enough. I HAD to bring the overall feel of life in 1999. The blue eyeshadow, white eyeliner, frosted lips, and butterfly clips completed this look in just the right 1999/2000 way. 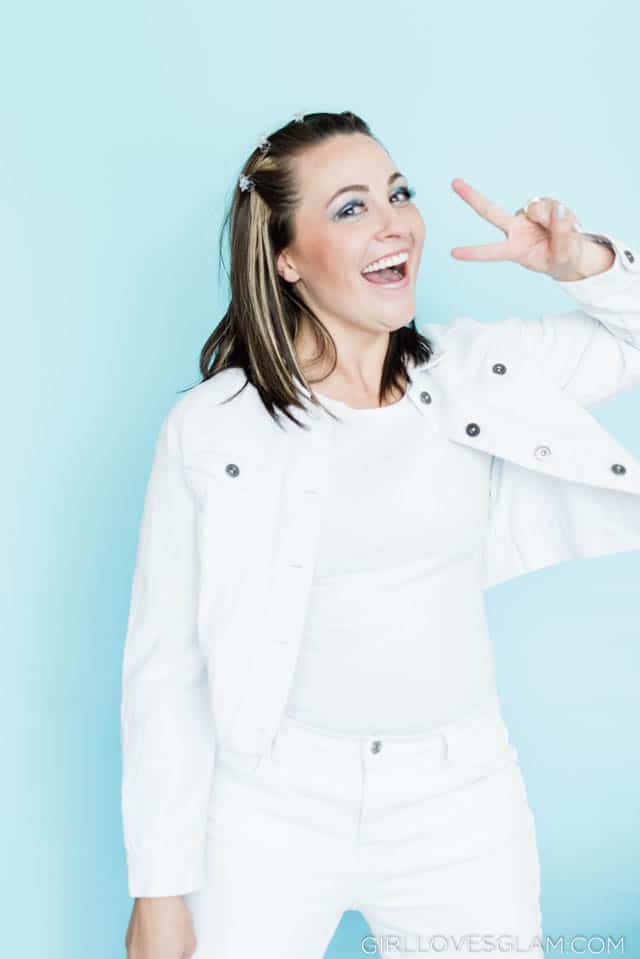 After wearing blue eyeshadow in the early 2000’s I thought I had scared myself from ever wearing it again. I’ll be honest that this look made me rethink things a little. I’m convinced we need to bring back the blue eyeshadow AND the frosted lips! Frosted lips, guys! I love me a good frosted lip. 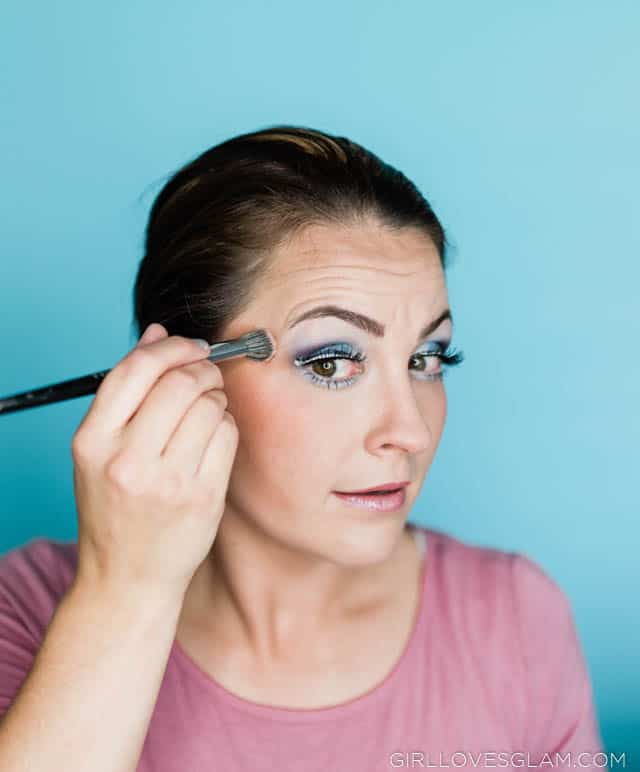 In the 90’s and early 2000’s, the more glitter and shimmer, the better! Not only did I have a frosted lip, but there was a lot of holographic highlighter involved too! My 7th grade self would be downright jealous of the selection of glitter I have readily available to me as a 31 year old. 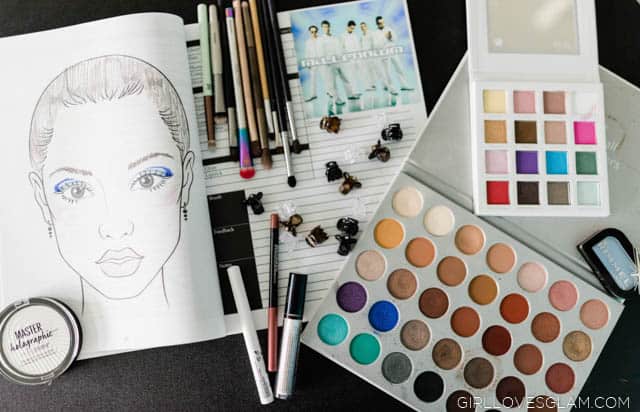 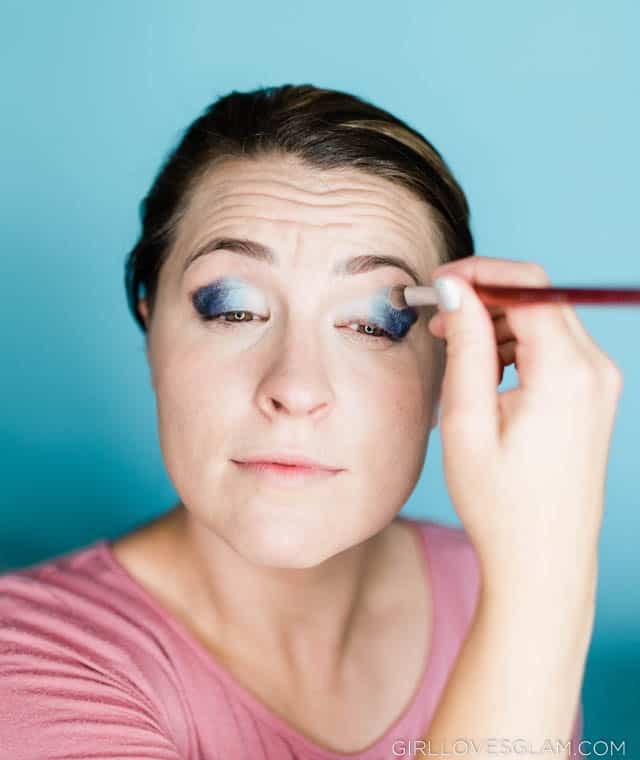 This 90’s makeup look especially hit close to home because I danced to Backstreet Boys Larger Than Life in 6th grade! I did clogging routine to it and I still remember a good portion of it. 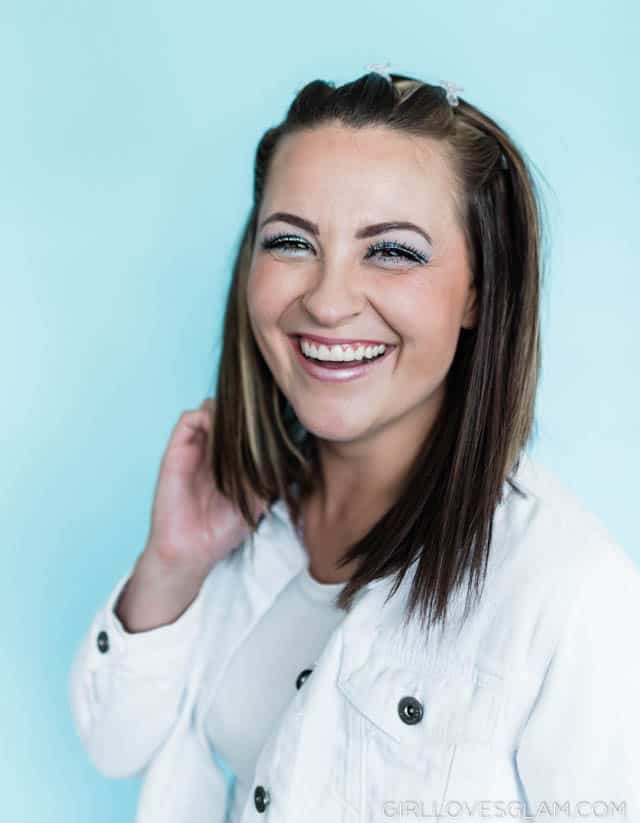 And in true 2000 fashion, my costume was all white and I wore clear butterfly clips to my dance recital! It doesn’t get much better than that! 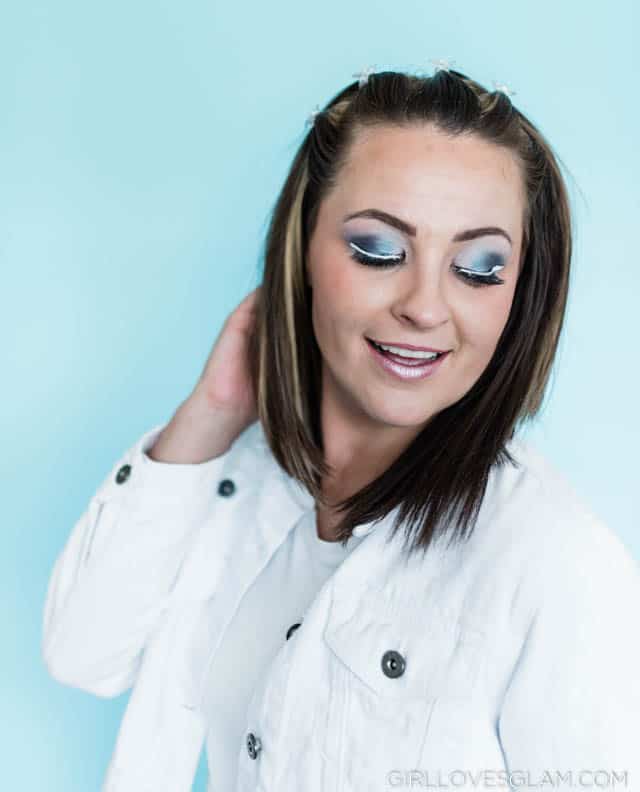 I want to hear what album cover makeup has been your favorite so far!

Ooooooo this is soooo cute! Thanks for sharing!😍